Based on my experience as an ETL developer, DefaultBufferMaxRows and DefaultBufferSize are perhaps the most underused Data Flow Task properties for optimizing data extractions. SSIS uses a buffer based architecture and has memory structures called buffers where the data extracted from the source is stored for performing data transformations before the data is sent to the necessary targets. The DefaultBufferMaxRows property suggests how many rows can be stored in these buffers while the DefaultBufferSize (in bytes) suggests the size of the buffer for temporarily holding the rows. These properties have default values assigned to them as shown below (Fig 1). 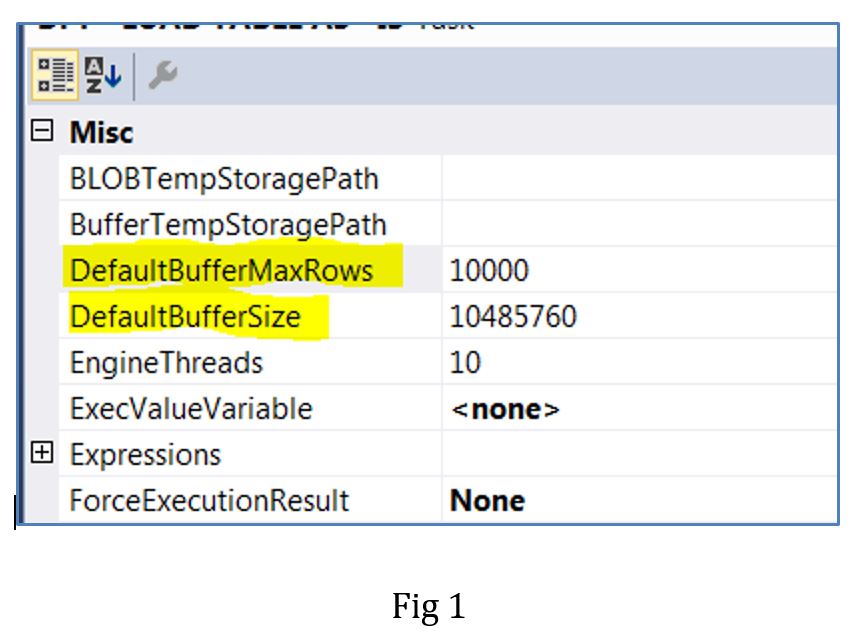 For smaller data volumes, there is no need to change these properties and the default values usually suffice. However for large data volumes the default values would not necessarily give you the best performance and hence a certain level of manipulation is required for improving the data flow performance. In order to manipulate these properties, we need to know the size per row to estimate how many rows the buffer can hold for a specific value of DefaultBufferSize or to estimate what is the upper limit for buffer size to accommodate a specific number of buffers rows.

The DefaultBufferSize property values can range from 1 MB to 100MB. Higher buffer size translates to more rows in the buffers. However, this would also mean that commit frequency would be much lower as more numbers of rows would need to be populated in buffers before they are flushed out to the destination. Hence for optimal performance we need to maintain a balance between increasing the size of buffers to accommodate more rows and keeping a healthy commit rate. In this article, I will demonstrate that the data flow performance is improved by varying the DefaultBufferMaxRows and DefaultBufferSize properties, however after a certain threshold value for both properties, there is no significant improvement in performance. 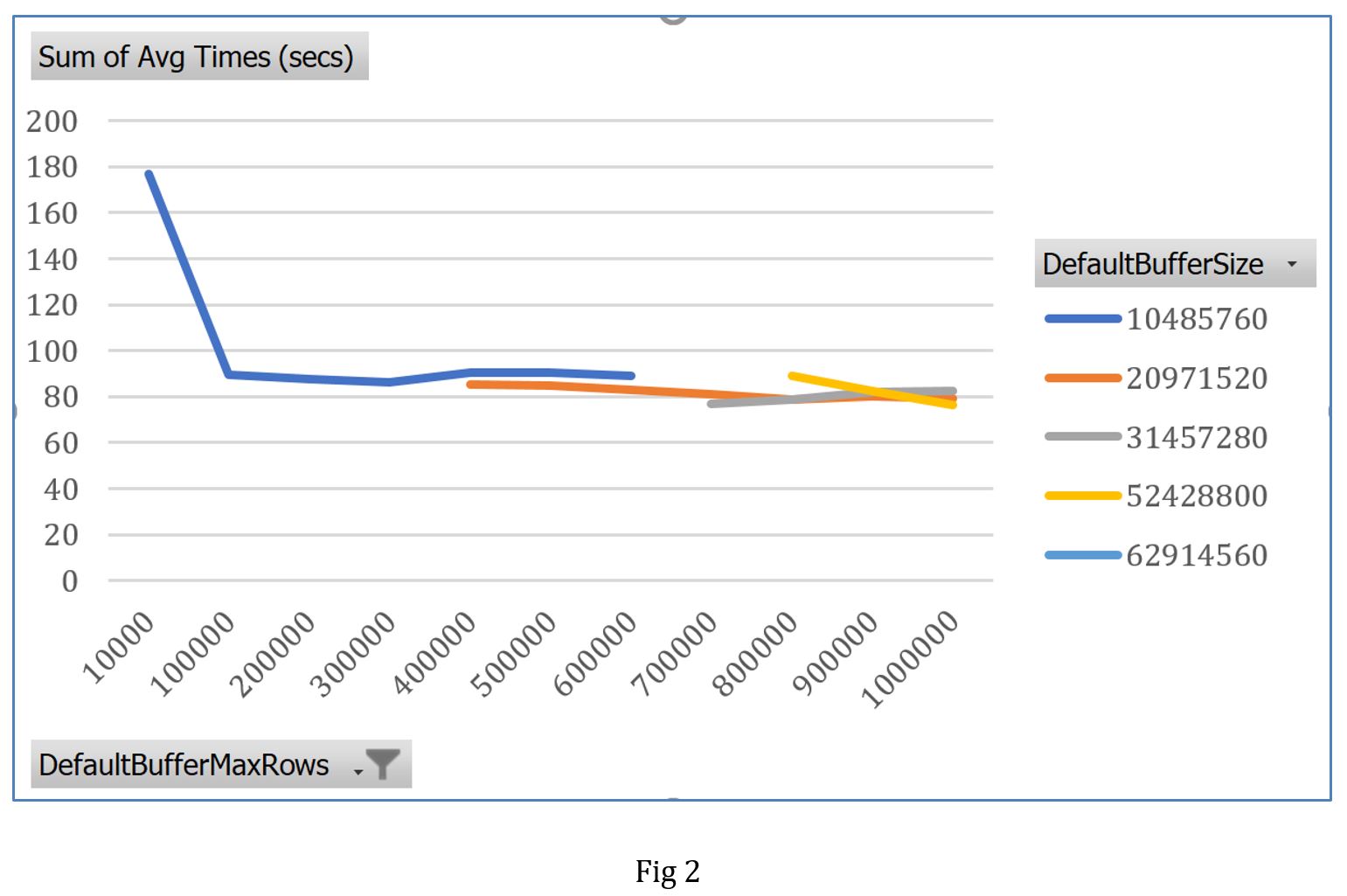 It is thus recommended that we look at altering the DefaultBufferSize or DefaultBufferMaxRows properties so that we can achieve performance gains by allowing the package to process more data in the buffers. However, after a certain value of the two properties a saturation point is reached after which there is little to no performance improvement. Depending on the complexity of the package and environment constraints, the saturation point might be reached much sooner.

From SQL Server 2016, a new Data Flow Task property has been introduced called AutoAdjustBufferSize2, which when set to True, will adjust the buffer size automatically to accommodate the number of rows specified by the user. This allows us to change DefaultBufferMaxRows property without worrying about DefaultBufferSize.

SQL Server 2005 has made it a lot easier for us to loop over a collection and with each iteration do something with the item retrieved. In this article we are going to show you how to iterate over a folder looking at the files within and doing something with those files. In this instance we will be entering the filename into a SQL Server table and we will then load the actual files we have just found into another SQL Server table. You will note here that there is still the need to load the file names into a table as an intermediate step just as we need to do in SQL Server 2000.