Welcome to the first in a series of articles highlighting some of the key improvements SQL 2008 has over SQL 2005.

Databases today are growing bigger and bigger by the day and this seems to only be the start of what we can see in the near future with more content being accumulated and stored than ever before.

In SQL 2005 there was no capability of the engine to compress database backup files to disk at the time of the backup being executed.

In SQL 2008 there are 3 options while backing up databases, these are:

We have a 3.5GB Database Backup File from a SQL 2005 Server Backup.

This 3.5GB Database was then restored to the SQL 2008 Server
(Note: No additional transaction activities on this database after restore) 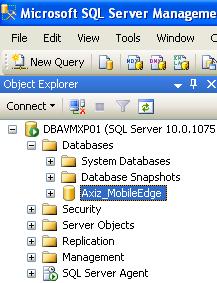 This will be the same as the SQL 2005. The General Page does not have any visible changes as can be seen below: 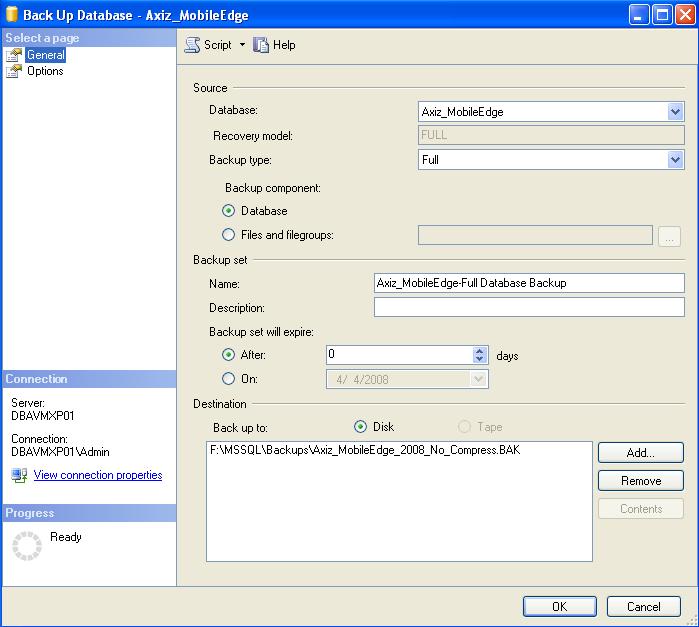 The second Page - under Options has a new section titled "Compression" - here we get our first look at the options available:- Use the default server setting
- Compress Backup
- Do not compress backup 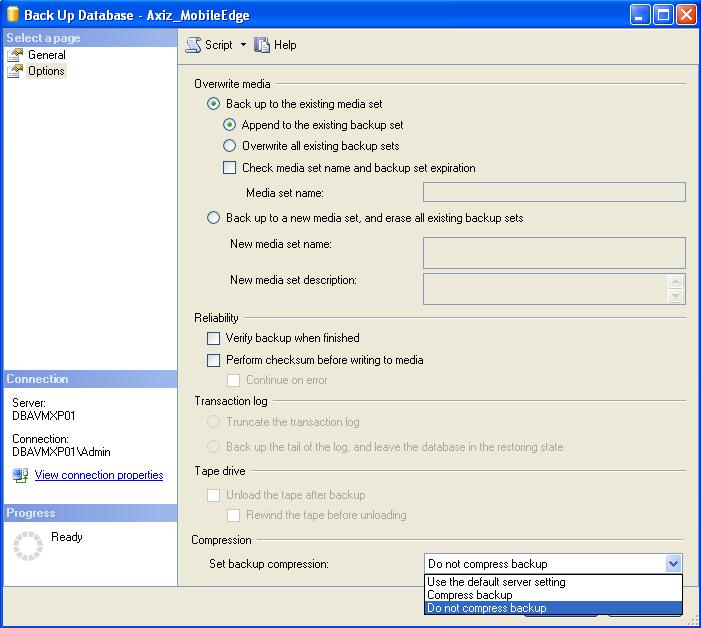 For this first option we are going to be using "Do not compress backup" CPU Activity during Backup without Compression: 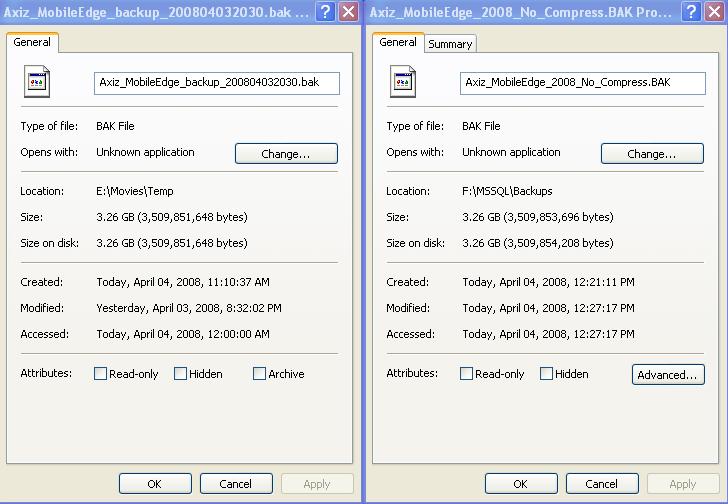 Note these are virtually identical in size - as the backup method used is the same for:
SQL 2008 and SQL 2005
Backup WITH Compression:The Options Page now looks like the following: 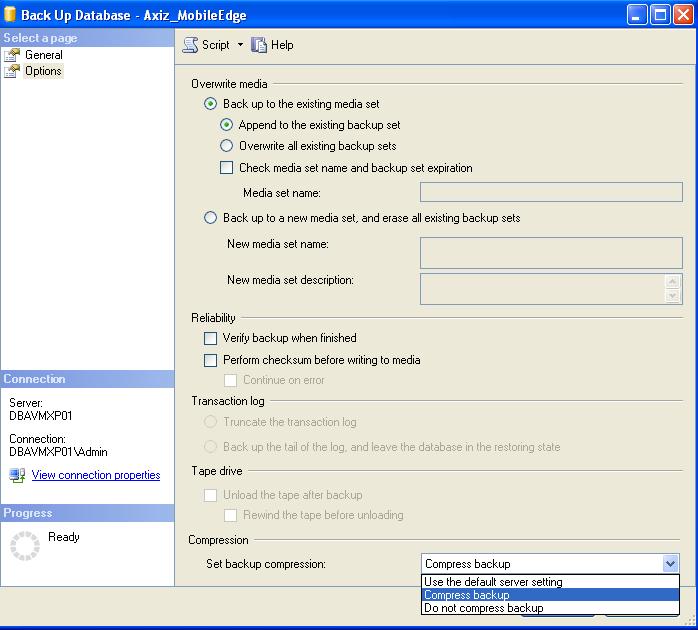 For this first option we are going to be using "Compress backup" The SQL 2008 Backup File Size - using the above setting:SQL 2008 - No Compression SQL 2008 with Compression 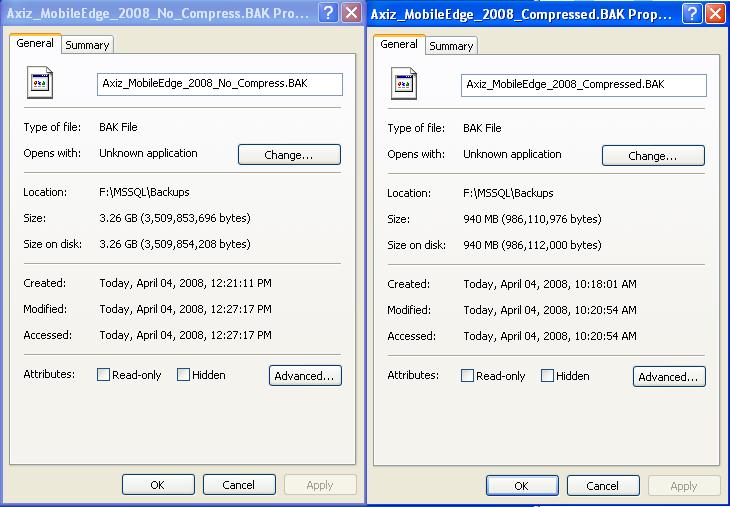 CPU Activity during Backup WITH Compression: 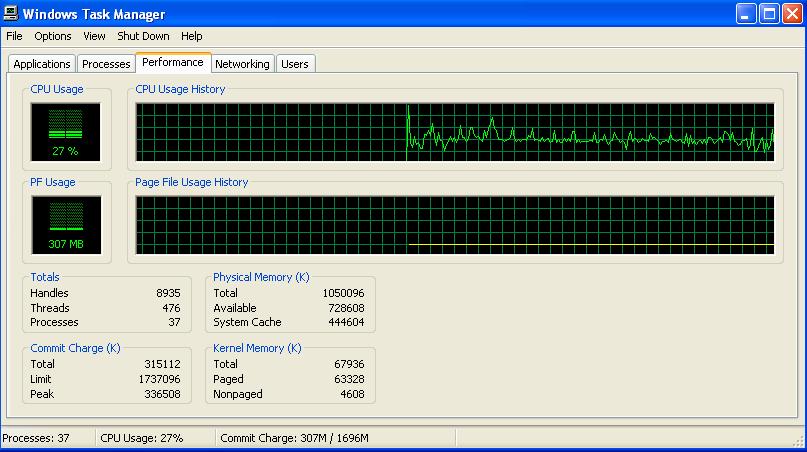 Note: Not all databases will have this compression factor or CPU usage due to systems and data types etc.

With databases growing daily, the knock-on effect of this additional data has various cost and time factors. If you are managing a 100GB database, the speed of the backup window, which can now be reduced, is excellent news for DBAs.The size of the actual backup file that needs to be stored on disk and then archived to tape or preferred method is using up less space, which reduces costs ultimately.The quicker backups as well as smaller backup files are more than enough to warrant an investigation into SQL 2008, especially for VLDBs.

Easily manage operations against large data sets, be able to stop and start operations at a whim and throttle them up or down to manage system performance.

Decompressing on Compression in SQL Server 2008....

Compression is one of the major features introduced in SQL Server 2008, and one that can significantly reduce disk storage. ...

Is there any way that my ad hoc backups will not interrupt the sequence of my backup plan?