a huge amount of 'movement' in the reporting industry.  I have seen

stuff". So just how good is it really, and once all the marketing hype has been

pushed aside, just how good is it really?

Down to Basics -  What Is SQLRS

The role of SQLRS is to provide a mechanism for report authoring, management,

and delivery.  It is scalable enough to be used in small business right

through to large enterprises, and installs onto any Windows-based server that

will take .NET Framework 1.1. For the techies, the minimum installation

Is it Worth All The Hype?

Now let me be careful here, lest I sound like a hypnotised junkie chanting "m-i-c-r-o-s-o-f-t,

Consultancies, means it's crucial that I keep as objective a view on these kind

of things as possible, otherwise the advice I offer clients is not "best

practice" - is it?.   So we have invested an awful lot of time in

doing the research as to how far we can push SQLRS, and to try and define

exactly what role SQLRS should play in an organisation.  This article then,

is a brief look at our experiences with SQLRS.

We started off months ago by developing SQLRS solutions alongside the

traditional Crystal solutions to get an idea of functionality, ease of use,

feature-sets and so on.  Now I don't want to go revealing ALL our trade

secrets 🙂 - but SQLRS stacked up very well.  So below are some the reasons

below) so it is already a familiar environment for most developers. We found

products was hugely reduced, as well as giving all the advantages of a managed 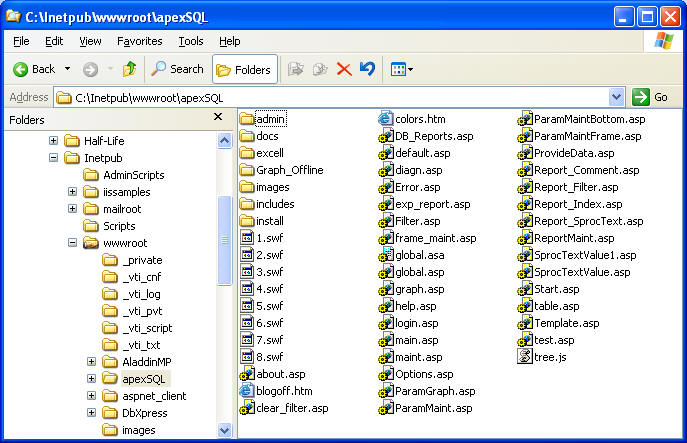 code".  Looking at is simplistically, creating reports is a case of

Okay, there is a bit more to it if parameters, sub-reports, etc are used, but

I think you get the point I'm trying to make about following simple steps.

already defined in stored procs, queries etc), we could convert reports to RDL

(Report Definition Language, which is an XML-based industry standard used to

hours depending on the complexity of the reports. No doubt there will be a large

adopted.  To provide some idea of skill levels required, if you can create

then you are home dry.  We have also written a wrapper to create reports

from data sourced from existing web-services, so don't under-estimate the

flexibility of what SQLRS will bring into the development environment.

Once the reports have been written, the report definitions, folders, and

resources are published and managed as a Web service. These managed reports can

be either be viewed on demand; or published on a specified schedule.  These

published reports can be distributed to subscribers as they require. More of

this under 'Report Delivery'.

The management interface for the report service is very comprehensive, and

allows some very flexible security models to be applied.  We are

their reporting strategies because of the complexity of their

Reports are cached for consistency and performance, and historical snapshots

can also be configured if required.

On-demand reports are typically first viewed in HTML format, but if required,

getting the page in a variety of formats such as HTML, PDF, TIFF etc.  As

long as you pass a valid URL to the web-service you'll get your report.

delivered in the various formats supported, either via email or delivered

directly to a specified file share. SQLRS typically requires a schedule to do

this, but we have also been able to write a component that will generate and

schedule) have been met.  So again, don't under-estimate the flexibility of

Let's be fair.  It is a first generation version of the product, so

there are a few holes to be aware of...

Sometimes, using parameters can be a bit of a fiddle. We've yet to be beaten,

and have been able to solve 'funnies' when they've cropped up, but a few of the

resolutions have left us thinking "What the...?".

SQLRS does support OLAP Cubes, but only through the use of static MDX

statements, so if you do want to use it on top of cubes you will have a bit of

work to do there.  To fully understand the reason for this, it must be

remembered that SQLRS was written primarily for SQL Yukon, which handles

SQL Notification Services did), you get an unbelievably powerful tool for your

efforts.  Is it the perfect, all encompassing reporting solution?  No,

it has holes and is still first generation.  But every client we have

introduced it to so far has had the same approach towards it's adoption : it's

powerful, it's flexible, ...and it's basically free, so we'll happily

find a way to deal with the holes...