Identify the Backup used to Restore the Database

In Iron Man-3 Tony asks JARVIS to initiate the "House Party Protocol". As you know JARVIS had a hard time tracking back which suit should be provisioned to meet the demands of a situation. Even though a computer has a lot of intelligence it might need to be re-programmed for an unforeseen scenario. We DBAs are also in a fix sometimes and are not able to look what is beyond the obvious and give an answer to a situation. So we can’t stop learning and have to keep pushing ourselves into the internals of the SQL engine for the answers.

Today I would like to discuss one scenario where I had no documented answers. The answer was only found because of my hunger to know more. The question was “How do I know which backup was used to restore the database given there are two backups and they are from two different servers?”  Well to understand the answer to this question I would like to break this article it in two phases.

Phase 1: How can we identify the backup file which was used to restore a database if the backup was from the same server?

Answer: Here we will need to exploit the history tables in MSDB. We will need to join the “msdb.dbo.restorehistory” and “msdb.dbo.backupmediafamily” tables. This will give us the answer to our query. 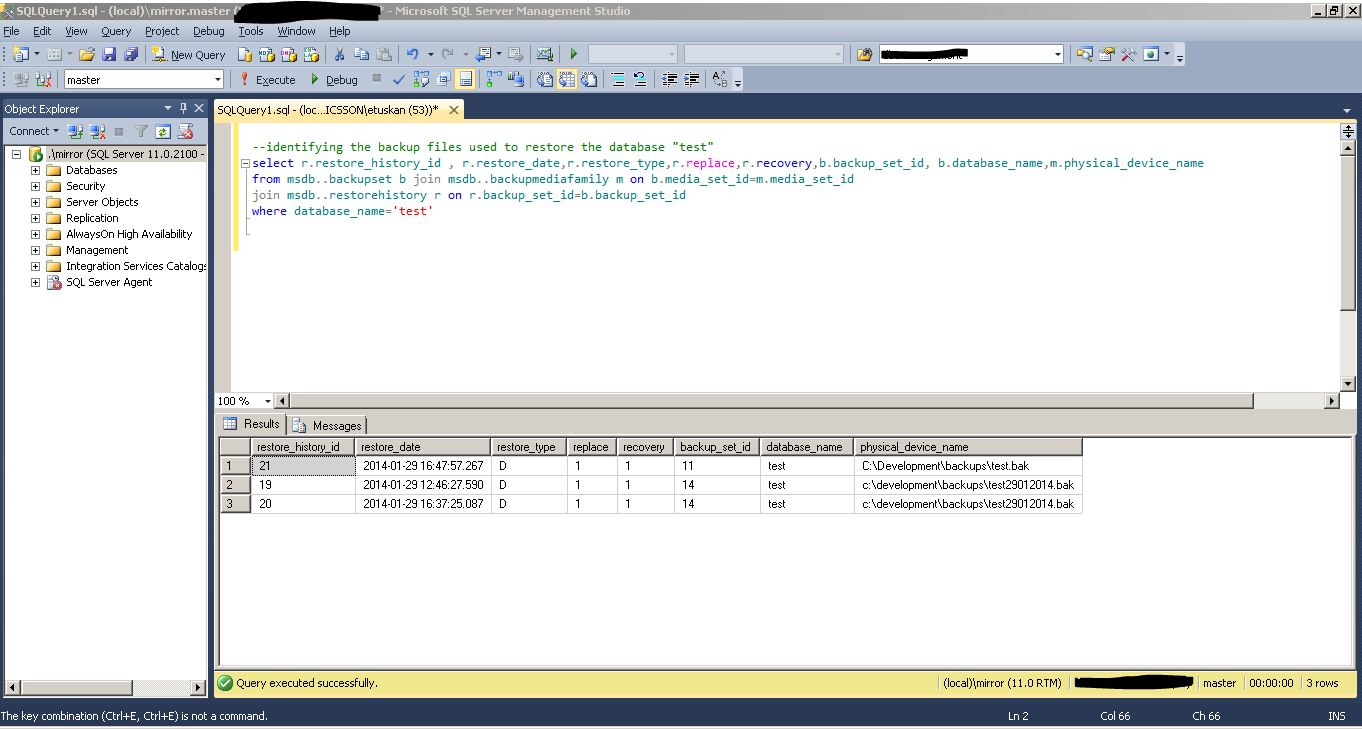 In the above image it is clearly shown that the test database was restored last on 29 Jan, 2014 16:37:25 hours. Also the backup file related to this restore is “C:\Development\backups\ test29012014.bak”. The query is attached to the article as get_restore_history.sql

Now we know the backup that was used to restore the database. The scenario takes a complete different turn when the historytables have been cleared because of maintenance jobs or the backup files are not from the same server. This brings us to the Phase 2 of my article

Phase2. How can we identify the backup file that was used to restore a database if the backup was from the different server or the history tables have been cleared?

To approach the solution we will use an undocumented command: DBCC DBINFO (“DBNAME”). This will give us a lot of information related to the database including the dbi_dbbackupLSN and the dbi_checkptLSN.  LSN is the Log Sequence number which helps SQL Server to maintain the chain of the restoration process. You can see this command run below. 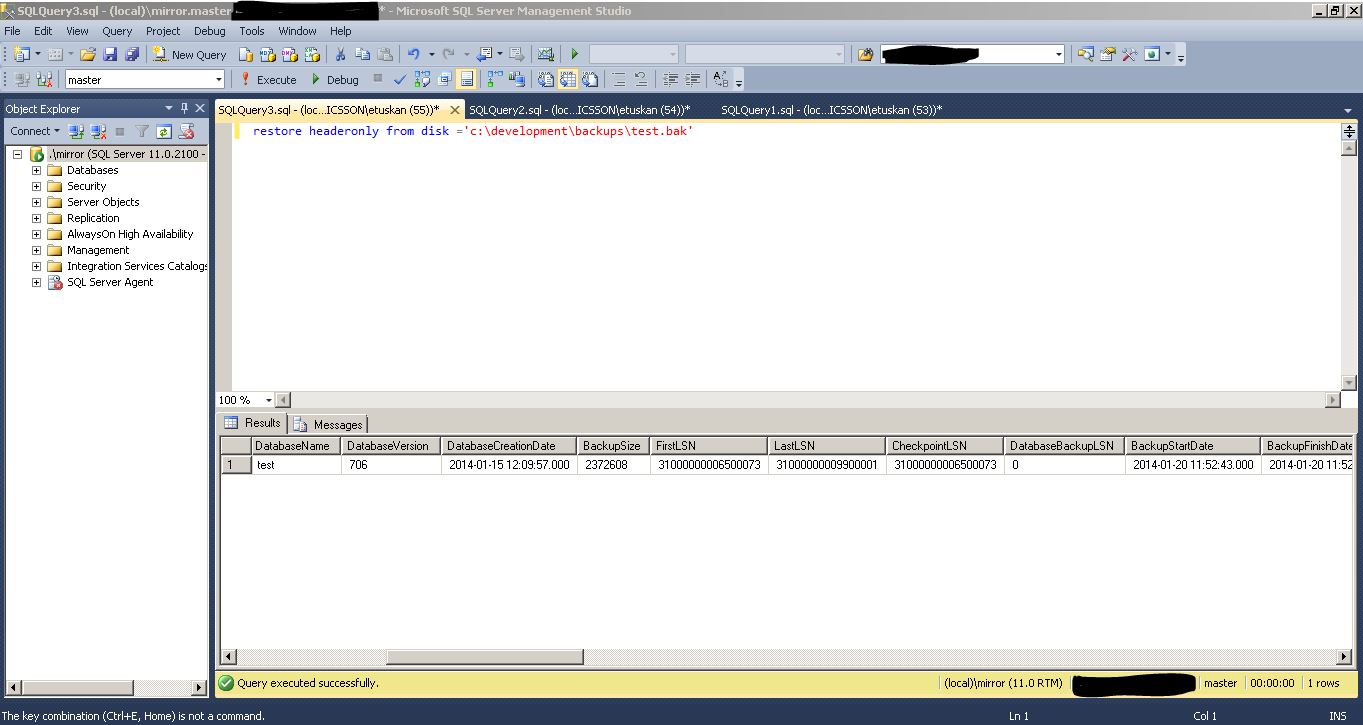 The backup header will have a lot of information related to the backup file. It will have the server name, database version, first LSN, last LSN, checkpoint LSN and lot of information which are useful information in a lot of scenarios. Here we will try to match the LastLSN with the dbiBackupLSN and the CheckPointLSN to dbi_checkptLSN  to identify the backup which was used to restore the database.

I Need a Backup and I Need It Now

Have you ever wished that creating a backup on the fly was easier and quicker? Whether you do it with the GUI or with T-SQL, you still have to open up Management Studio, connect to the database, and go through the steps. You have to figure out ...

Is there a way I can automate a file deletion process from within SQL Server?

As a DBA you need to ensure that the databases you manage are backed up regularly. This article details the importance of database backups and a recovery plan

One of the first things that should be done when managing SQL Server is to setup an appropriate backup plan in order to minimize any data loss in the event of a failure. Along with setting up a backup plan there are certain database configurations that need to be setup to ensure you are able to backup databases correctly. In this tip we will look at the different recovery models that SQL Server offers and how to choose a recovery model for your database.