Thinking about data points and more …

(2022-Aug-28) Going on a family vacation road trip always fills me with a myriad of happy emotions and expectations to explore new places, see new people and essentially be led by a road wherever it may take. However, as soon as I hit that road, even when my first hour of the car ride is far to be over, the feeling of holding the steering wheel for the next few hours and captivating my whole attention on the rear lights of vehicles in front of me turns me from a happy traveller to a long-haul commuter. Sometimes I just want to be a passenger and spend more time gazing around while being transported. This is one of the reasons why I prefer taking train tips.

This blog post is a collection of short stories during my recent vacation about historical data points, new people I met and memories that I’m going to keep for a very long time. 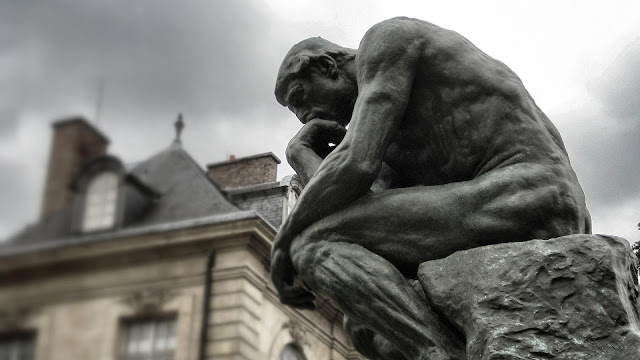 Image by Johnnie Shannon from Pixabay

During our trip along the St Lawrence River, we stayed in the Gananoque town for a couple of days. This was our second time visiting this town that has good access to the Thousand Islands and tourist attractions to board multiple daily cruises to explore them. However this time, I noticed one historical plaque in a town park that caught my attention. The “Jones Shovel Factory” with its slogan, “A shovel for every need”, was founded in 1852 by D.F. Jones. Initially, the Company was manufacturing 36 shovels per day and production over the years grew to 100’s dozen per day and shipped all over the world. The company occupied several buildings in the area. 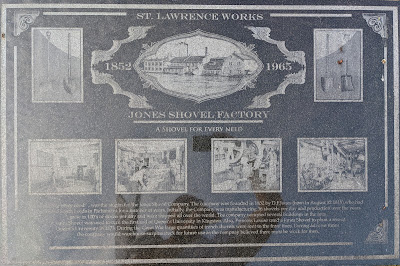 I also liked the last statement on that plaque that during the world wars the company kept its production volume believing that their shovel would be used when workers would return home.

The company was shut down in 1965. I wasn’t clear why, but some people believed that after Jones Shovel Factory's acquisition in 1962 by another US company; all the valuable equipment was shipped to the south and Canadian production was stopped.

It was interesting to learn about this manufacturing site that it produced not just one or two types of shovels, but a few dozens of different shovel and spade SKUs based on the company's archived 1949 catalogue. Who knew that shovels were in such demand 50 or 60 years ago? Also, my thoughts were concentrated on this once booming local production site that now is only a historical memory.

Our next stop on the family road trip was Quebec City, the capital of Quebec province and one of the oldest European settlements in North America. Along with all the excitement to see the old town, streets with various tourist shops and cafes and hope to refresh our memories of the previous visit to this city when our kids were younger, there was one thing that my wife and I noticed both. Significantly more young families with children in different tourist places and kids theme parks than we could see back home in Ontario.

Checking the “Province Review” page on the Statistics Canada site, showed that the fertility rate was slightly higher in Quebec than in Ontario, but the difference wasn’t significant. As well as “Mean age of mother at the time of delivery” was almost the same in both Canadian provinces.

While walking through various kids' attractions places and seeing younger families with young kids, we were happy to see that access to subsidized early child care helps to establish well-rested and possibly less stressful parents caring for their children.

Going back home we stopped for a few days in Ottawa. We already knew what places we wanted to see and it wasn’t our first time visiting it too, so I won’t be bragging about sharing any tourist stories.

The memories that I’m going to keep and my wife would agree with this too, was the hosting family that we stayed with during our visit to Ottawa. It was a French-speaking couple, 15 years in their retirement. The hostess is still a great athlete taking on different sports activities: walking, cycling, and cross-country skiing in winter. She could leave her house on her bicycle with another female friend early in the morning and then could share stories with us about where she went.

Her husband is a sincerely happy person in his retirement. He acknowledged that he had a good professional career in a Canadian mining company in Quebec, worked there for many years, filled many different roles, and didn’t travel the world for work much (even if he could with his mining company business opportunities). He told us that he enjoyed life while he worked and then retired to do other things.

One thing that he enjoyed doing as a hobby was stained glass craftsmanship. He created several lamp shades, flat surface installations as well as some miniature figures. While showing different coloured glass panels (he had many of them in his garage), tools that he used and techniques that he practiced. He surprised us by saying that after working with stained glass for 20 years, he had stopped this work now. He is happy, he enjoyed learning and doing it, he has reached a certain level and now wants to do something else. With no regrets, he was very enthusiastic in his conversation telling this to us; and he seemed to be very content by setting his goals and deadlines to achieve them and move on to different endeavours.

The next day we returned home from our family road trip I went to the funeral of my friend, Helen Wolfe, who died of cancer at the age of 69. I sang with Helen in a non-professional choir when I lived in Toronto. She lived with a disability all of her life, but that disability with a long attachment to her wheelchair had never defined her life.

She was always the most positive person in our choral group, sheer and friendly in her conversations with others; also she had a very strong and distinctive alto voice, I think her teaching career contributed to this in some way.

Our small choral group was invited to a Jewish chapel for Helen’s funeral ceremony where we sang two songs: Hymn to Freedom by Oscar Peterson and Hallelujah by Leonard Cohen. It was most unusual to have any singing at a Jewish funeral except for prayers in Hebrew, but since this is something that Helen wanted, it was terrific that we were able to do this.

Helen was a remarkable person who led a life filled with determination and the strength to push the boundaries both for herself and others. It was an honour for me to come together to see off our dear friend and fulfill her last wishes by singing.