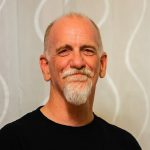 The Ironic DBA—My First Year as a DBA [Part 1]

Whoo! It’s been six months since my last post. There are reasons for this, none of which are probably valid, but it’s the way it is. I’ve been a full-time DBA for just over a year now, and Kevin thought it would be a good time to review how far I’ve come thus far. Looking back, it’s been quite an experience.

Back in May of 2019, after several years of working from home as a graphic designer and WordPress developer, my family was more than three months into almost no income. Due to various factors, we just weren’t getting many leads and many of our clients had moved on to lower-cost options. Our emergency fund was empty, and I began sending out emails to friends and acquaintances asking them to keep an ear to the ground for any potential job leads. I started looking at everything from working in the warehouse at IKEA, driving a UPS truck, and even become an insurance adjuster.

My long-time closest friend Kevin—for whom I had done some Dallas DBAs-related graphics work over the years—responded by basically saying, “I think I can help. Let’s go for a bike ride and talk.” Before the end of the week, Kevin had me set up with a free PluralSight account and I began learning the basics of what makes SQL Server tick. It all began with Kevin’s own course, Getting Started with Your First SQL Server Instance.

The funny thing is, Kevin had been offering free one-day classes throughout the DFW area for several years, teaching introductory basics of SQL Server for accidental DBAs and those curious about database administration as a career. I had attended his classes more than once to give him an honest evaluation from the viewpoint of someone who knew almost nothing about SQL Server. Looking back now, I can see that Kevin was already working on me to consider changing careers, knowing I would probably be a good fit.

Coming back around to May 2019, we agreed for me to start with some self-paced investigation into the world of SQL Server, with the goal of me attending SQL Saturday Dallas on June 1, 2019. If I was still interested in pursuing DBA as a career, that day would be my first official day on the payroll at Dallas DBAs.

Funny enough, I had already attended SQL Saturday Dallas the year before as a volunteer photographer. Being an actual attendee was quite a different experience. I had already volunteered to be the photographer for a second year long before considering becoming a DBA, so I split my time between helping Kevin staff his company sponsor’s table, taking photographs, and attending a handful of sessions. Honestly, most of the sessions were way over my head, but it was worth getting to see some various approaches to troubleshooting. I ended the day attending Brent Ozar’s (b|t) class on What’s New in SQL Server 2019 and had a fantastic time despite being completely lost for most of the session. The term parameter sniffing has been indelibly etched in my brain since that day.

Oh, and what’s with the Ozar number? At some point in the past, my co-worker SQL Dork (b|t) came up with an idea that basically goes like this: If you’ve done online training with Brent then add 1; if you’ve met Brent in person then add 1; if you’ve taken an in-person class with Brent then add 1. My first day on the job at SQL Saturday, since I’d already done one YouTube “class”, my Ozar number went from 1 to 3. I’ve spent many hours training with Brent online since that day.

From that day forward, and for the next several months, I was the newly-christened apprentice at Dallas DBAs—earning SQL Dork a promotion to Junior. I had already spent some time working in a VM installing instances, updating instances to the latest SPs and CUs, learning about the different file types involved in a SQL Server environment, identifying the differences in the different recovery models, and getting started with understanding backups and restores. Now my training began in earnest.

In the interest of keeping this post from growing into a novel, below are the links to a series of posts I made in the first four months of training. These cover a lot of the initial concepts I learned on my way to starting work on production servers and becoming a junior DBA. Don’t worry, there’s more to come in my story as I try to fill in the gaps between those posts and what’s gone on in the last few months.

Follow me on Twitter at @SQLandMTB, and if you’re into mountain bikes come over and check out my site NTX Trails.

The post The Ironic DBA—My First Year as a DBA [Part 1] appeared first on DallasDBAs.com.