Security: People Are the Weakest Link

There was an interesting conversation on Twitter today about security awareness and why the training so often fails. From my perspective, here's what I've seen:

This is why security awareness generally fails. The problem isn't that folks aren't aware. If someone works in business nowadays and has to operate a computer for more than just a Point of Sale (POS) operation, that person likely knows the basic tips about security awareness. However, they still end up violating them. 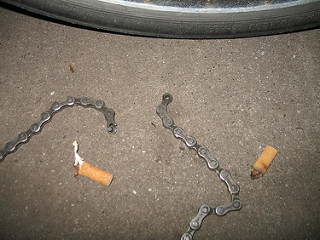 These are basic rules. We've all been trained not to do them. However, when we are really curious and want to see some celebrity in a compromising position, we click the link. When we want to see the picture slideshow of kids doing crazy things, we open the attachment.

That's why the ideal system is the one people touch the least. When it comes to SQL Server, the folks who log on to the server should be few and the occurrences should be few and far between. The process to install something on a production server should meet with proper checks, because folks need to verify what's going on the server is okay to go on the server. Verification of server configs on a periodic basis, to include app installs, should happen and there should be some significant penalties/punishments to anyone caught knowingly violating the rules.

However, technology and processes only work as well as the people in charge of implementing them, the folks who must follow them, and the ones responsible for verifying they are being followed correctly. That's always going to be the weak link: people. To say we can architect the problem out of existence is to doubt the creativity of someone who wants to do something they don't feel is singificantly wrong. People are creative, especially when trying to do something folks don't want them to do. I never underestimate people and their capabilities. If you do, then you run the risk of being the weakest link.

Cross-posted from a Goal Keeping DBA blog:
Just recently, my oldest son entered the ranks of the teenagers. I shouldn’t actually...

How Do I Change SSRS Report Credentials with Powershell?

Today’s script took a long time to write. The concepts are fairly simple and the resulting script is quite trivial...

In a recent thread here on SQL Server Central, it was pointed out that a member of the securityadmin fixed...

By now, hopefully everyone has heard of the security breach where accounts and passwords were found on a public site listed the account usernames and passwords of some 10,000 users. Initially it was just reported to be Hotmail/Live.com/MSN, but it turns

In IT security, we spend so much time trying to protect servers and computers on the wire (or on wireless) that we look at OS patches, firewalls, anti-malware, etc., to protect our systems. We typically assume our physical security is sufficient. But...