Machine Learning 101: The Mathematics of an Artificial Neural Network

Attached as a resource to this article is an MS DOS application I wrote a few years ago in Microsoft QuickBASIC and assembly language that displays a functioning artificial neural network (ANN) and illustrates the underlying mathematics.

While the operating system and code are obsolete, the math is not. 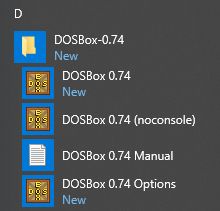 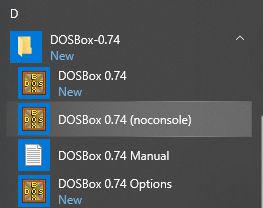 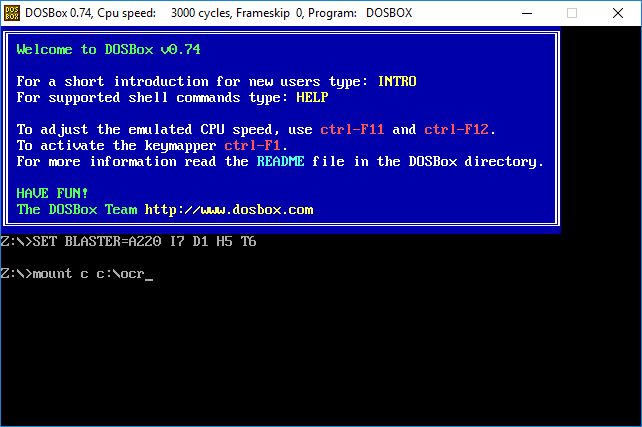 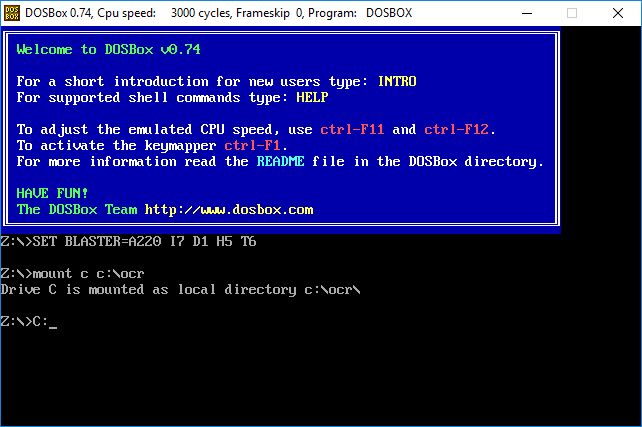 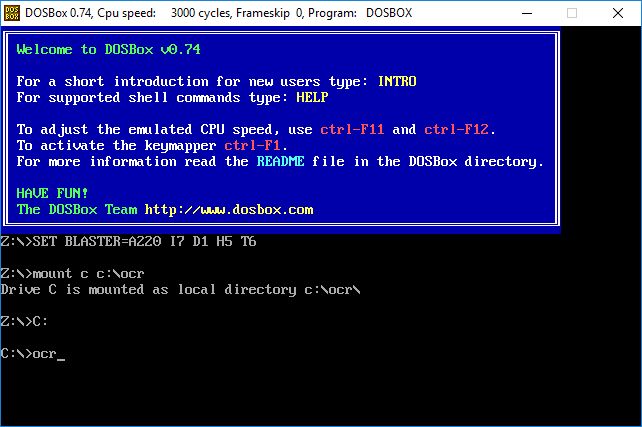 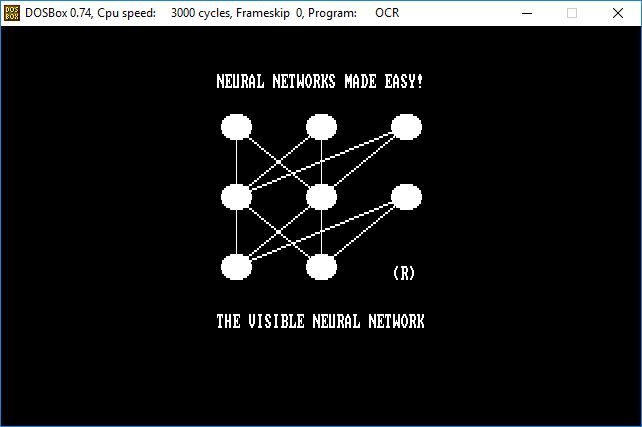 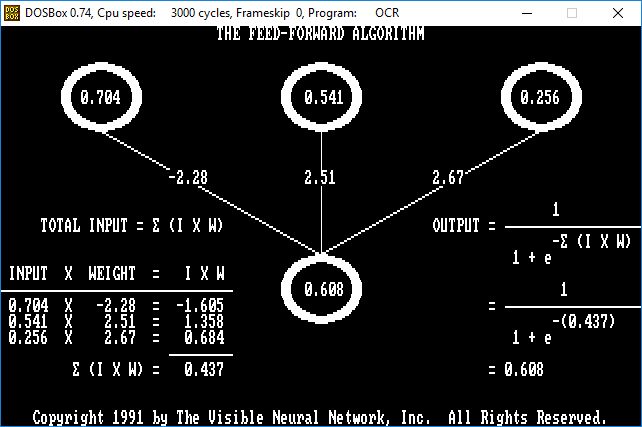 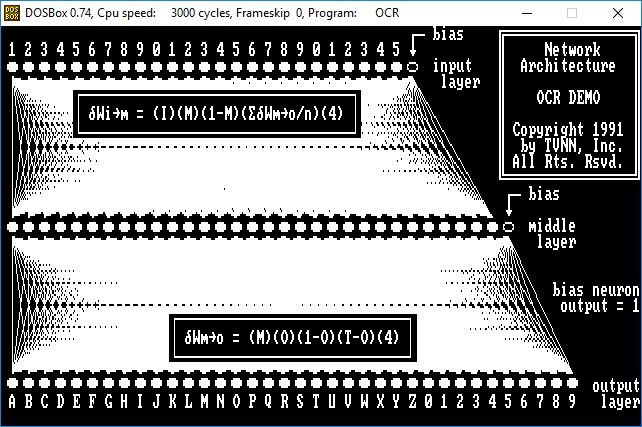 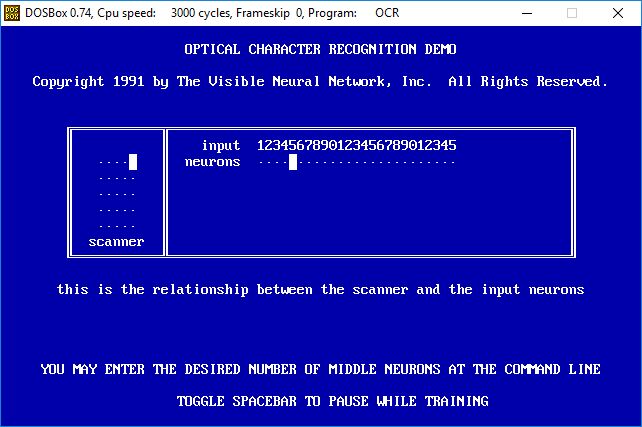 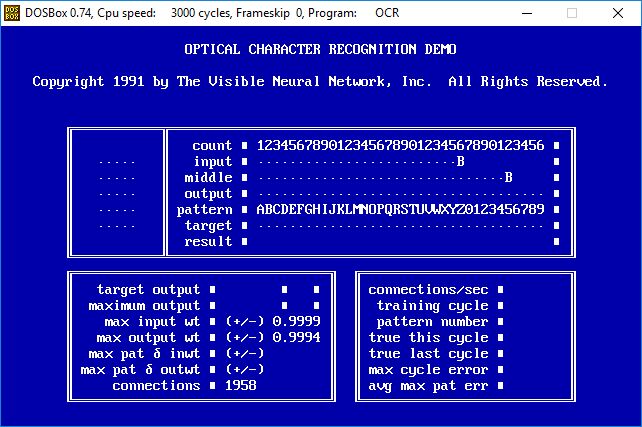 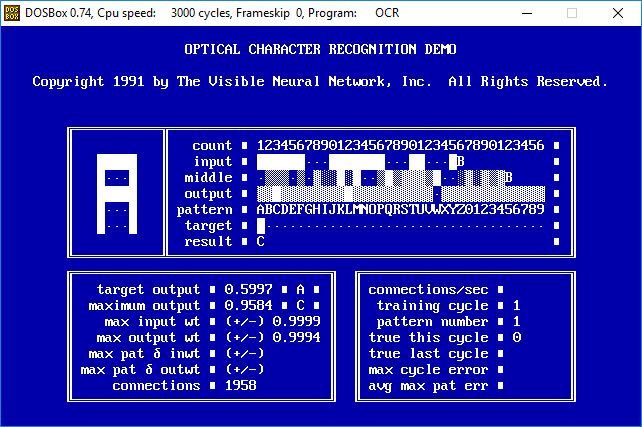 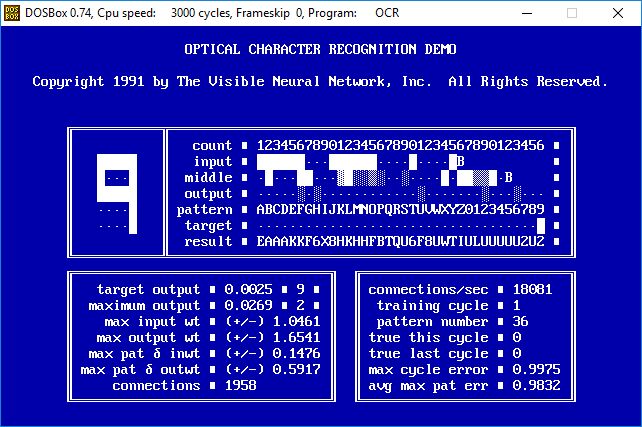 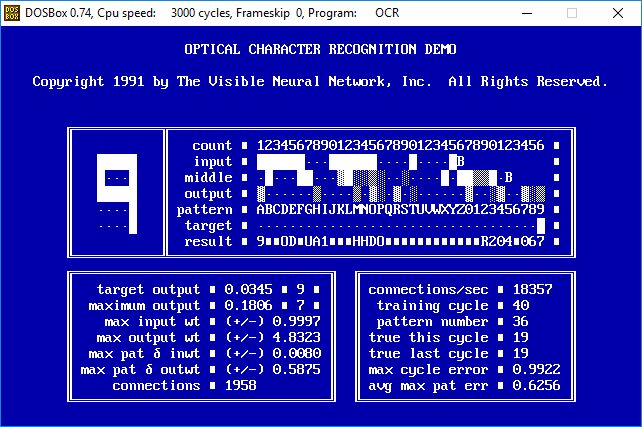 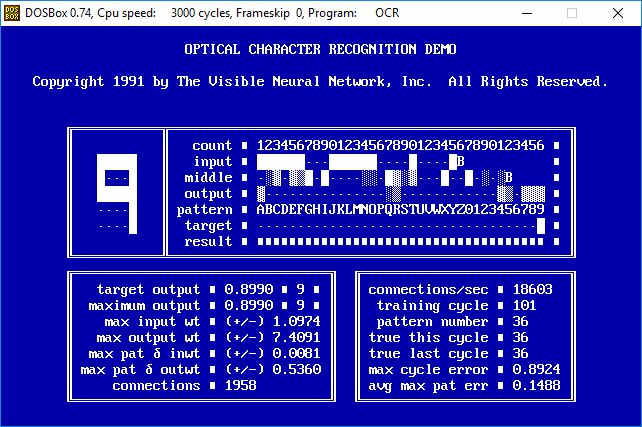 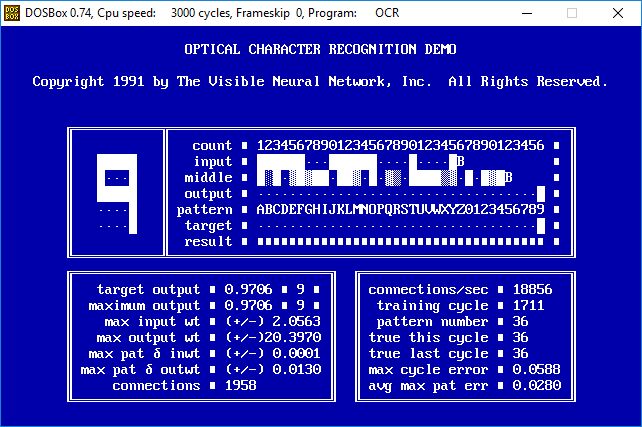 The Mathematics of an Artificial Neural Network

A neuron accepts one or more input signals through connections to other neurons or outside stimuli, sums them up and transforms them into an output signal. The sum of the input signals can range from negative to positive infinity. The output (activation) signal can range from zero to one. The most common mathematical transform function used to emulate a biological neuron activation signal is the sigmoid function:

When using the sigmoid function to calculate the activation signal of a neuron, the variable x is replaced with the sum of the input signals.

This graph of the sigmoid function displays the sum of the input signals on the x-axis and the resulting output activation signal on the y-axis. 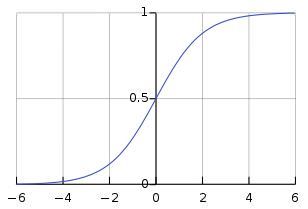 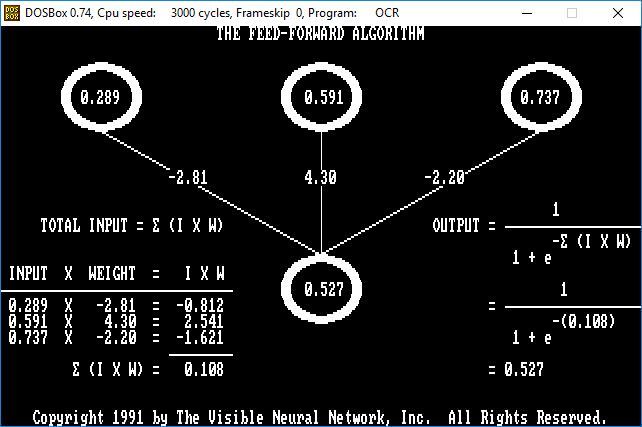 The most common artificial neural network design consists of three layers of neurons: an input layer, a middle layer and an output layer. The first two layers also contain a bias neuron, a neuron which has a constant activation value of one. Each neuron in an upper layer is connected to each neuron in the succeeding layer. The number of neurons to configure in the middle layer is commonly determined by adding the number of neurons in the input layer and output layer and dividing by two.

Before training begins, each of the connection weights is randomly set within the range minus one to plus one. 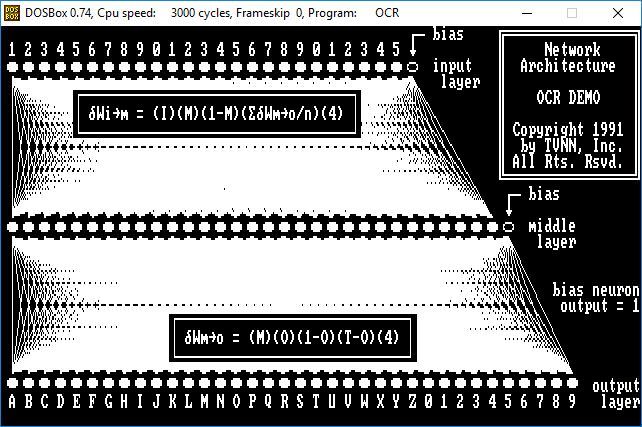 ...calculates the amount that a connection weight between a middle neuron and an output neuron should be changed based on the difference between the output neuron's activation value and its target value when each character is scanned.

In the illustration below, the correction factor is calculated as 0.426 and the connection weight will be changed from -8.293 to -7.867. 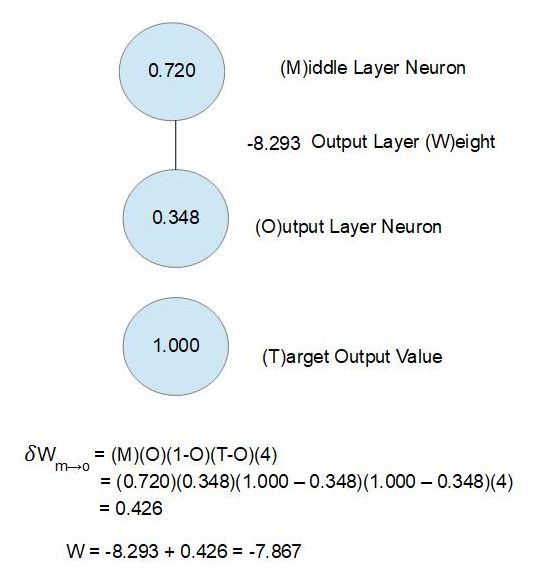 The back-propagation equation for the input layer of weights differs from that of the output layer weights...

...where the error calculation (T-O) is replaced with (ΣδWm→o/n), which is the average weight change of the output layer connections to the middle neuron. 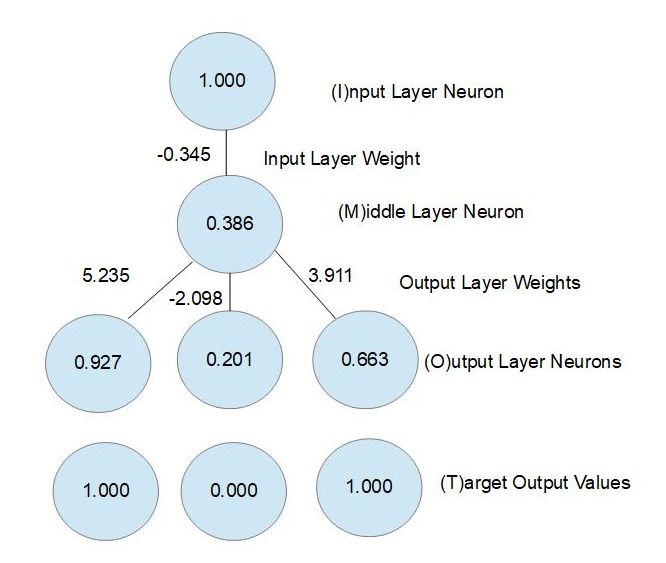 The correction factors for the three output connections are calculated as before:

The purpose of this article has been to show an artificial neural network in action and illuminate the underlying mathematics rather than dwell on theory.

In purely mathematical terms an artificial neural network is a set of simultaneous non-linear equations with an infinite set of acceptable solutions.

Training an artificial neural network is incremental iteration toward an increasingly better solution set for the set of simultaneous non-linear equations.