For all these years Windows Server 2016 is the Windows version I was waiting for, and this blog post will explain why I’m super excited about this!

With Windows Server 2016, you can now create a Windows Cluster with nodes in multiple domains. Or even without a domain (Workgroup).

With Windows Server 2016 and SQL Server 2016, you can now create an Always On Availability Group configuration with nodes in multiple domain, and this is exactly why I’m super excited as it gives more flexibility when architecting complex/robust systems.

Think about the below scenario (Simplified): 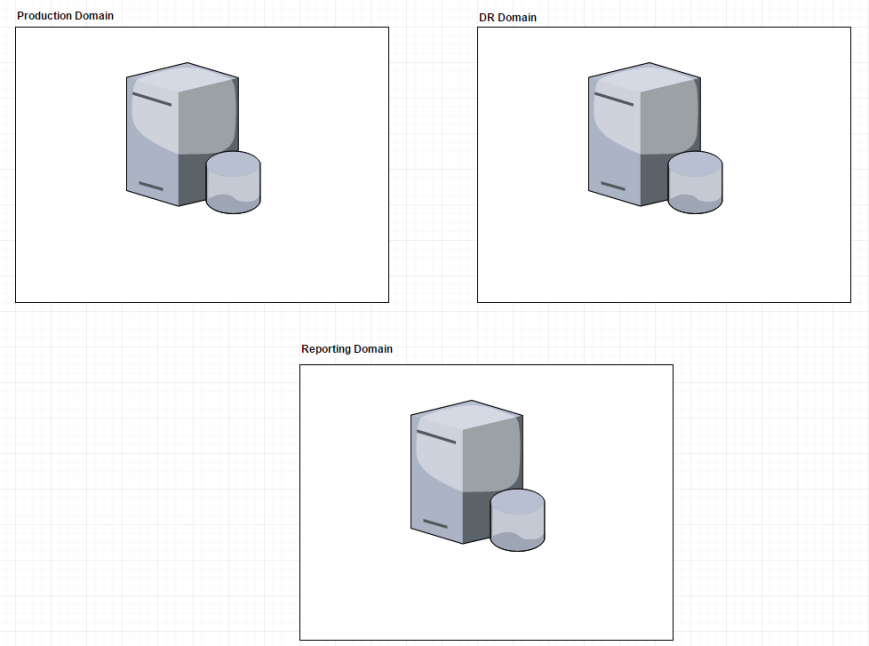 In the above picture, there are 3 separate domains, and before Windows Server 2016 and SQL Server 2016, there was no way to create an Always On Availability Group configuration with these 3 nodes participating.

With Windows Server 2016/SQL Server 2016 it’s possible now to add nodes from different domains to a cluster and configure an AG on top of it: 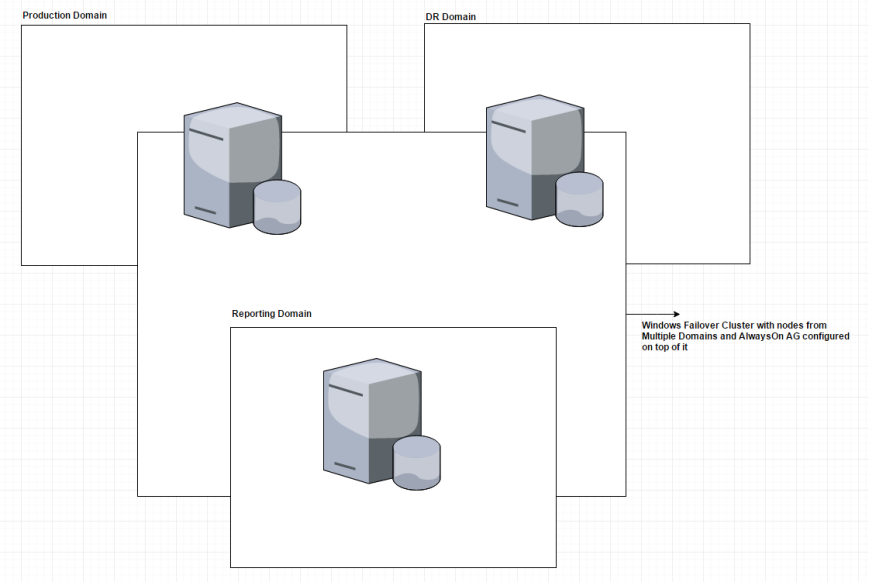 There are some other nice benefits of Windows Server 2016, and they are:

If you don’t want to go through the hassle of evicting the node, upgrading and adding it back, then you can also opt for an in-place upgrade of an existing node. Cluster will work in mixed mode.

We can now set policies to allow a SQL instance to failover to a node within the same site before failing over to a node in a different site. More control and more flexibility.

Let’s assume that in a cluster you have a node which is in a flapping state (not stable and it’s joining in and out frequently). With Win 2016, this node will be Quarantined. Flapping nodes can impact the whole cluster negatively and quarantine will avoid this. The quarantined nodes are not allowed to join the cluster for 2 hours.

If I’m running SQL 2016, then I would definitely want to run it on Win 2016. The features and capabilities are too good to ignore.

Thanks for reading, and please watch this space for more!