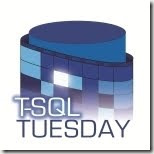 If you’ve never participated, T-SQL Tuesday is a day when people should publish a post on the specified topic. This is a way to generate some posts and interest, and perhaps learning, about a topic. Share your thoughts, either on the second Tuesday of each month, or catch up later on your blog.

I’d like to write something about T-SQL, and I could. Certainly SELECT * is an issue, or why we should not use old style joins (that’s almost gone), but there’s a SQL Server topic that I think bears repeating.

A backup isn’t enough. You must also test restores.

The reason isn’t complex, but plenty of people still don’t seem to understand why a backup isn’t enough. After all, if I copied a file, or I ran BACKUP DATABASE successfully, isn’t that enough?

Suppose you had an issue at 3am and needed to restore a database on a new instance. You run this T-SQL:

And you get this error:

What do you do? Hopefully you recognize the issue and can fix the issue. Maybe more importantly, you have a backup of the missing certificate.

Most people don’t deal with encryption, but you never know when your backup job might start failing, perhaps writing to a damaged file that appears to work (if you write as a device) but really isn’t capturing the backup file. Perhaps you don’t know that your backups are being written to a location and deleted a day later, but the process that is supposed to copy them to tape or a remote file share is broken.

Any number of things can happen. The point is that you want to be sure that you are actually getting useable backup files.